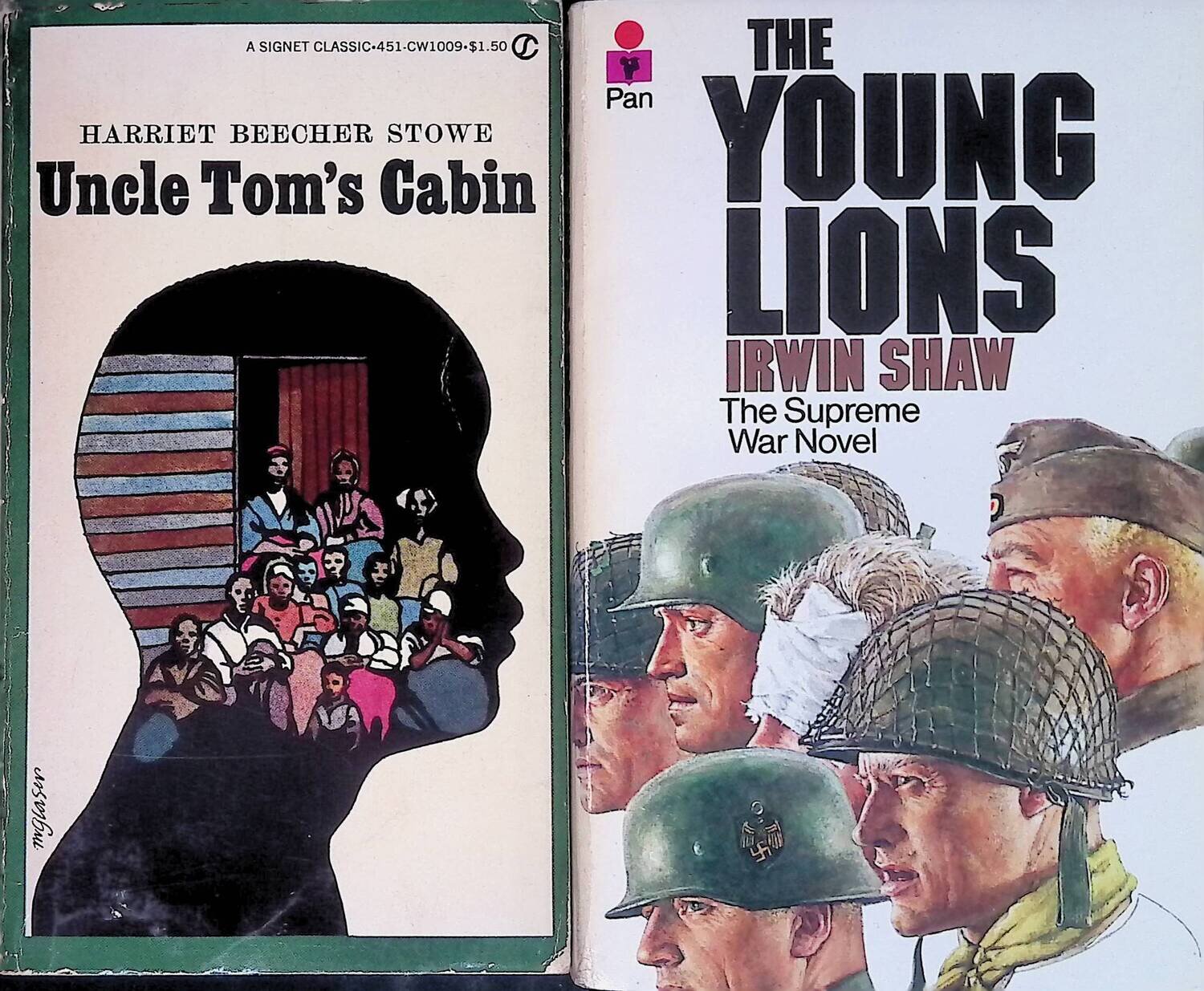 Uncle Tom's Cabin: This unforgettable novel tells the story of Tom, a devoutly Christian slave who chooses not to escape bondage for fear of embarrassing his master. However, he is soon sold to a slave trader and sent down the Mississippi, where he must endure brutal treatment. This is a powerful tale of the extreme cruelties of slavery, as well as the price of loyalty and morality. When first published, it helped to solidify the anti-slavery sentiments of the North, and it remains today as the book that helped move a nation to civil war.

The Young Lions: The Young Lions is a vivid and classic novel that portrays the experiences of ordinary soldiers fighting World War II. Told from the points of view of a perceptive young Nazi, a jaded American theatrical producer, and a shy Jewish boy just married to the love of his life, Shaw conveys, as no other novelist has since, the scope, confusion, and complexity of war. The novel was adapted as a film of the same name in 1958 starring Marlon Brando, Montgomery Clift and Dean Martin.