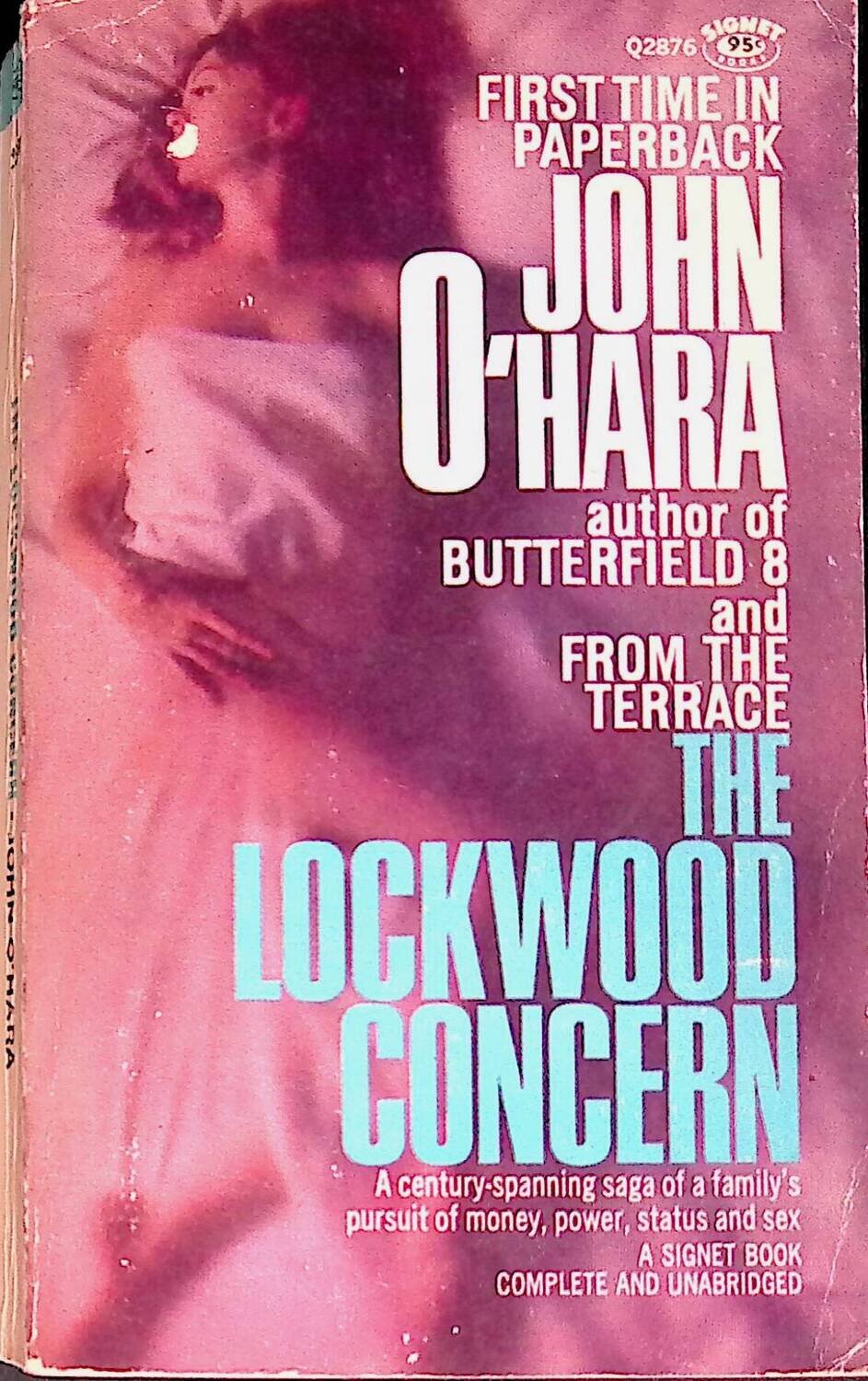 O'Hara' is something of a problem for reviewers- more than the fact that he snarls at them from time to time. But he writes so calculably about people whom you might know, or at least recognize on the street, and a place, the Marquand country, in and around Gibbsville, Pennsylvania, that his virtues and limitations have by now been pretty well defined. The Lockwood Concern, a long, tenacious, dynastic account, is also a closed corporation. Founding father Moses built a wall around his house to protect himself from his neighbors because his life was threatened. A later Lockwood put up another wall—with spikes—on which a child was killed. But by this time the Lockwoods were sufficiently secure to remain unmolested. Actually the Lockwood men had one thing in common— they made money and women with equal ease. For the most part this is George Lockwood's story— he is the third generation— and from the beginning is the focus of his father's ambition and tutelage through the right schools (St. Bartholomew's and Princeton). There's his marriage to the primly resistant Agnes and his concurrent affair with the girl he had first chosen; a more sophisticated, semi-detached second marriage at Agnes' death; the estrangement from his son, Bing; his acceptance of his daughter's self-destructive promiscuity; and the admission, just before his death, of his own loveless and unloved existence. This is of course one lack in O'Hara's novels— they are unfeeling— but they are also eminently professional, expertly readable and there are few writers who have recorded the social and sexual folkways of a certain group with such stereophonic fidelity. That's the O'Hara concern.