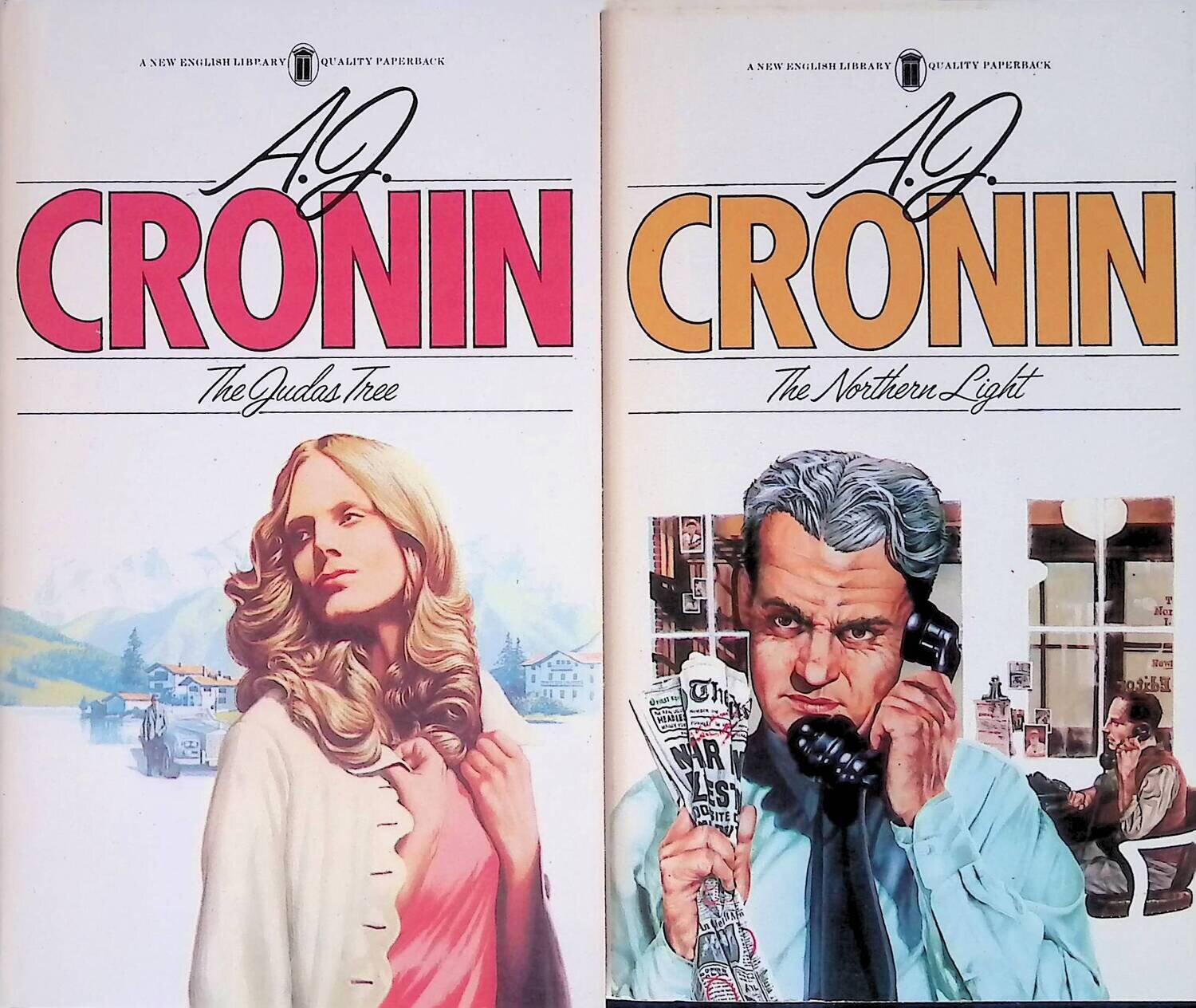 The Judas Tree: In a story of wide and fascinating detail A. J. Cronin tells of Dr. David Morey who tries to atone for his desertion of the woman he loved. Beguiled by the prospect of riches he goes on to marry Dottie, a spoiled but beautiful neurotic who brings him almost constant misery, until a chance remark makes him seek retribution in memories of the past and a return to his native Scotland. In the great tradition of A. J. Cronin's The Stars Look Down and The Citadel.

The Northern Light: Henry Page, owner of The Northern Light, the oldest and most respected newspaper in Tynecastle, is offered a vast sum to turn over control to a mass-circulation group based in London. He refuses - despite entreaties by his wife to accept - and so begins his fight with the Chronicle, an almost defunct newspaper in the same area which is given new life by London-thinking and London men. Against Henry Page, a journalist who believes in honest presentation of news without bringing in sensationalism, the Chronicle pulls every dirty trick in the trade. And Henry, brought eventually almost to his knees, stoically holds on to his principles and The Northern Light. It is only when he has won the battle that tragedy robs him of the most important thing in his life. Master story-teller, A.J. Cronin here gives us a story in the great tradition of The Citadel, The Stars Look Down and Hatter S Castle.