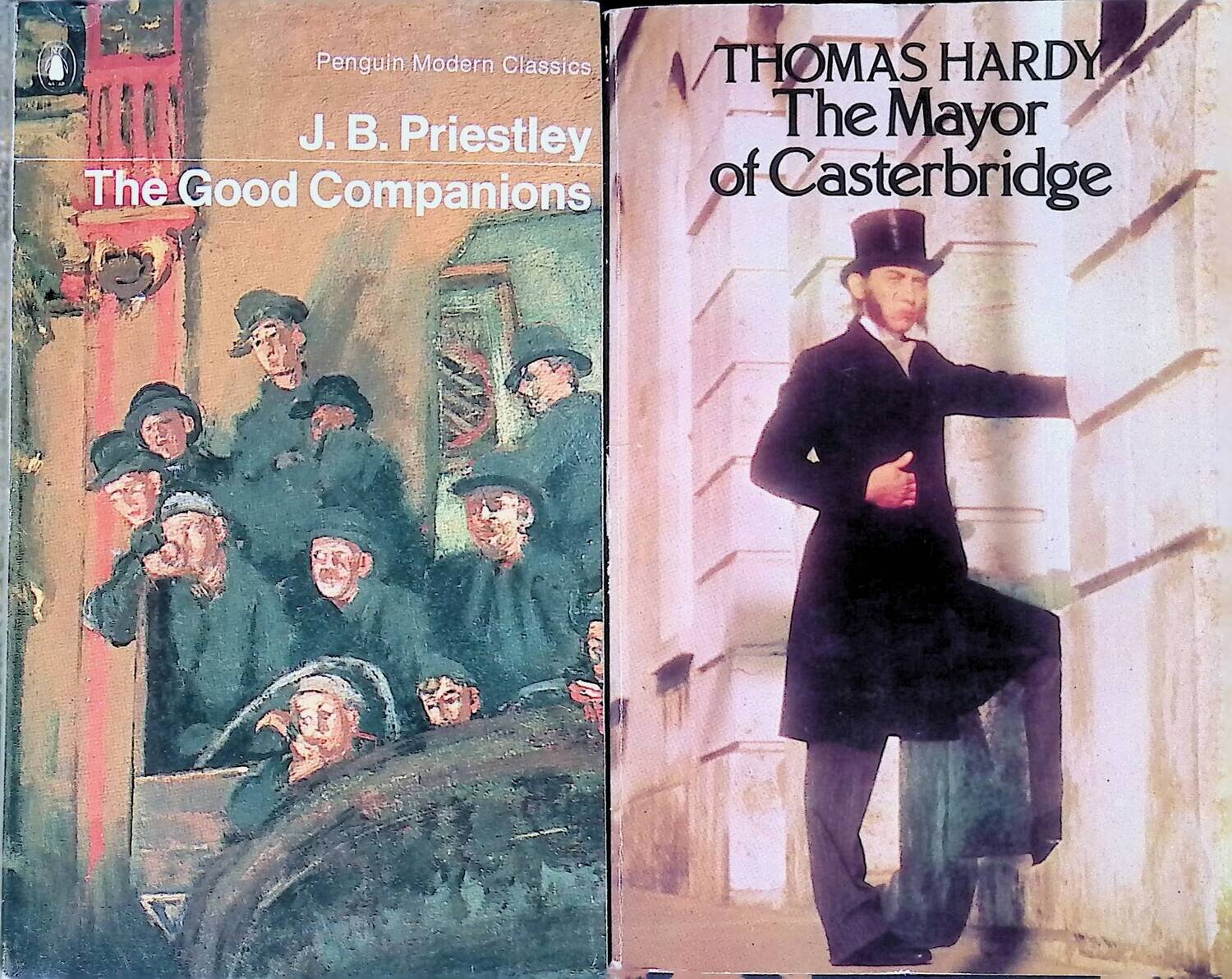 The Good Companions: Probably the most popular of Priestley's novels, The Good Companions was an instant best-seller when it was first published in July 1929, and, while JBP came to feel its success subsequently overshadowed many more important works, the book has remained popular. It was his third novel and it is certainly well-written and very readable. It is, too, an enjoyable romp, all about a stranded theatrical group the Dinky Doos rescued by Miss Trant and coverted into the Good Companions, and involving their adventures with such characters as Jess Oakroyd, the middle-aged joiner from Bruddersford, who breaks free from his miserable domestic existence, Susie Dean and Inigo Jollifant. It is the sort of long, colourful novel which was one of Priestley's hallmarks, and it is clear that Priestley enjoyed himself writing it. He regarded the job as not so much a task, more a kind of holiday. One of the ironies of the success of The Good Companions is that when he discussed his idea for the book with his publishers they told him that such a book would not appeal to the current reading public. However, the germ of the story was embedded deep into his mind and heart, and writing the novel became something of an obsession. He had made up his mind to write a novel that he himself could enjoy even if nobody else did...and, in the event, a great many others also loved it!

The Mayor of Casterbridge: None of the great Victorian novels is more vivid and readable than The Mayor of Casterbridge. Set in the heart of Hardy s Wessex, the partly real, partly dream country he founded on his native Dorset, it charts the rise and self-induced downfall of asingle man of character. The fast-moving and ingeniously contrived narrative is Shakespearian in its tragic force, and features some of the author s most striking episodes and brilliant passages of description.In a fit of drunken anger, Michael Henchard sells his wife and baby daughter for five guineas at a country fair. Over the course of the following years, he manages to establish himself as a respected and prosperous pillar of the community of Casterbridge, but behind his success there always lurk the shameful secret of his past and a personality prone to self-destructive pride and temper. Subtitled A Story of a Man of Character, Hardy s powerful and sympathetic study of the heroic but deeply flawed Henchard is also an intensely dramatic work, tragically played out against the vivid backdrop of a close-knit Dorsetshire town.