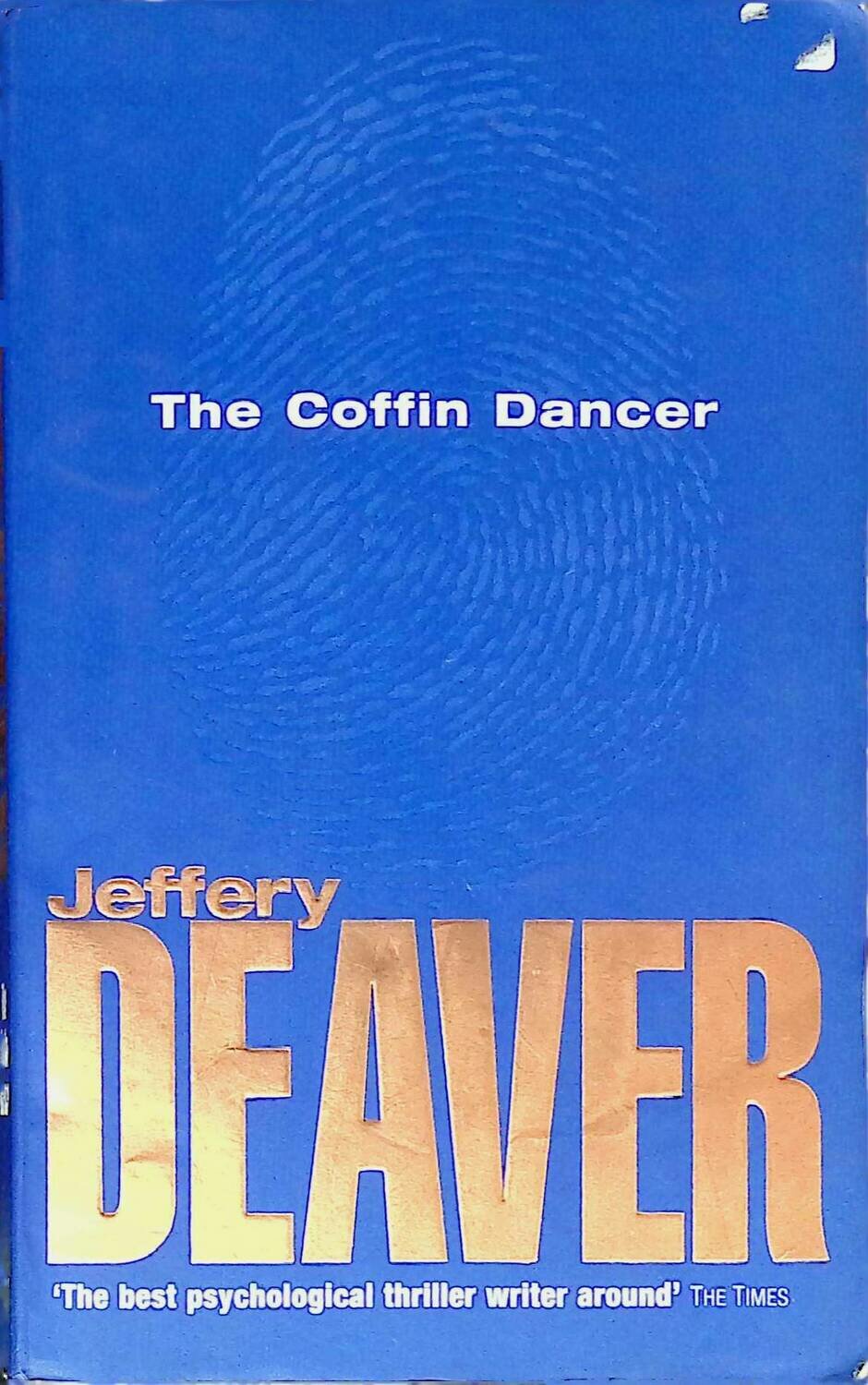 The Coffin Dancer, America's most wanted hit man, is back. He's been hired by an airline owner who wants three witnesses taken care of before his trial, and has got the first, a pilot, by blowing up his entire plane. Enter quadriplegic ex-cop Lincoln Rhyme, who can find forensic evidence to hang a man in the smallest debris, and his assistant Amelia Sachs. Their job is to keep the remaining two witnesses safe, and to find the Coffin Dancer before he finds them. Because he will find them, and anyone else who tries to get in his way.

Review:
This return engagement for quadriplegic criminologist Lincoln Rhyme is strong on forensic details as he tracks an elusive assassin known only by the tattoo that gives this fast-paced thriller its title.

Three witnesses to a murder could put a millionaire arms dealer behind bars for good. When one of them, the co-owner of Hudson Air, is blown up in a plane bombing with the Dancer's fingerprints all over it, the FBI takes the other witnesses into protective custody. Only Rhyme can decipher a crime scene, read the residue of a bombing or identify a handful of dirt well enough to keep up with the killer. Helped by Amelia Sachs, his brilliant and able-bodied assistant, Rhyme traces the Dancer through Manhattan streets, airports and subways. The psychological tension builds rapidly from page one all the way through to the stunning and unexpected denouement. At the same time, Jeffery Deaver slowly develops the against-all-odds love affair between Rhyme and Sachs. Fans of Patricia Cornwell and others in the growing subgenre of forensic thrillers will find a lot to enjoy in Deaver's latest. --Jane Adams