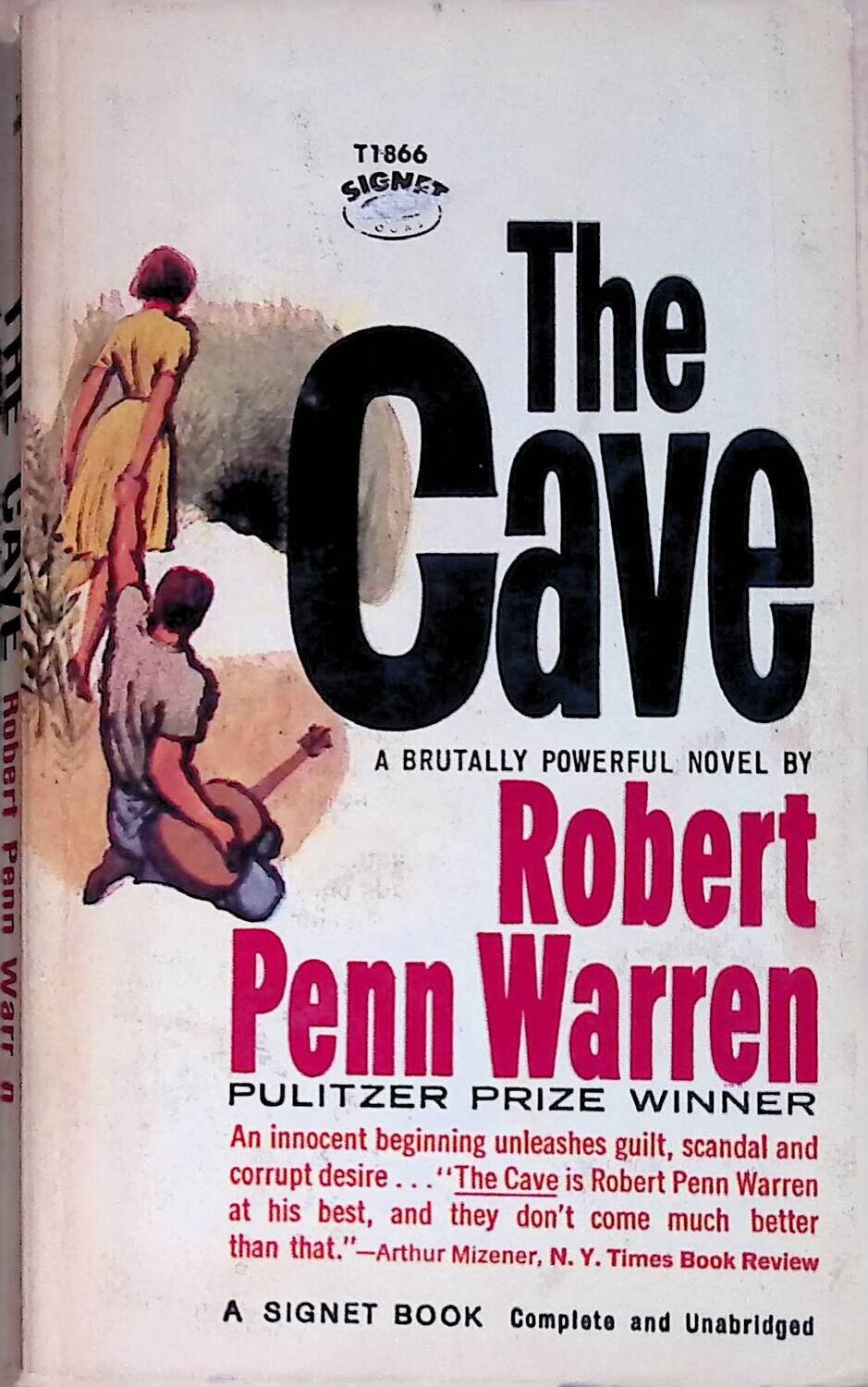 Here for your delectation is the SPECTACULAR & RARE THE CAVE by Robert Penn Warren. In his sixth novel, The Cave (1959), Robert Penn Warren tells the story of a young man trapped in a cave in fictional Johntown, Tennessee. His predicament becomes the center of national attention as television cameras, promoters, and newscasters converge on the small town to exploit the rescue attempts and the thousands of spectators gathered at the mouth of the cave. "The Cave is Robert Penn Warren at his best, and they don't come much better than that." -- New York Times Book Review HIGHLY RECOMMENDED!!! This is the softcover stated SIGNET FIRST Edition from 1960. Other than a clipped back cover corner, the book is in excellent condition. There are no rips, tears, markings, etc.---and the pages and binding are tight (see photo). **Note: All books listed as FIRST EDITIONS are stated by the publisher in words or number lines--or--only stated editions that include only the publisher and publication date. Check my feedback to see that I sell exactly as I describe. So bid now for this magnificent, impossible-to-find LITERARY COLLECTIBLE.