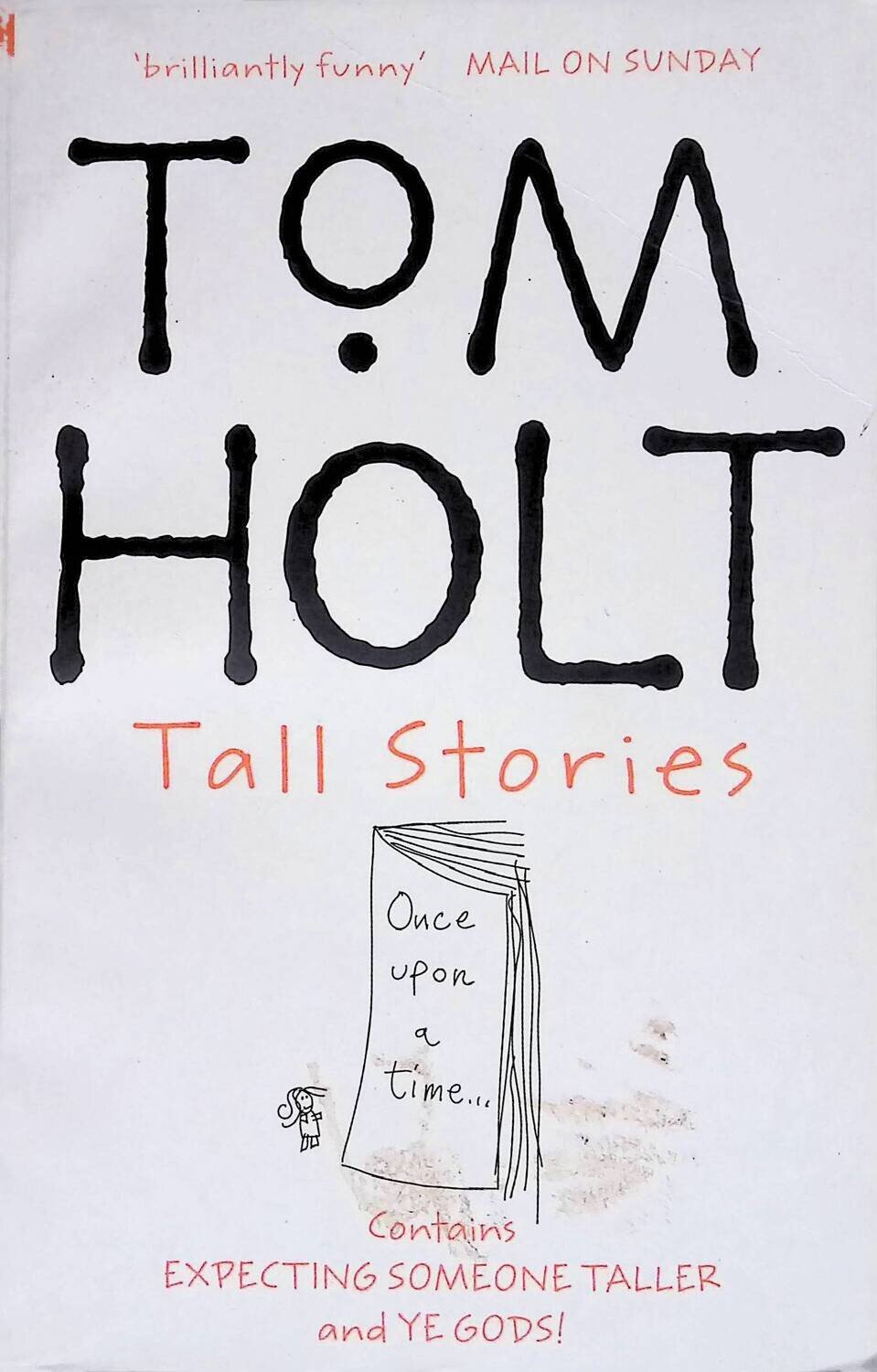 Tall Stories is another omnibus containing two of Tom Holt's beloved comic fantasies. In Expecting Someone Taller, all he did was run over a badger—sad, but hardly catastrophic. But it wasn’t Malcolm fisher’s day, for the badger turned out to be none other than Ingolf, last of the Giants. With his dying breath, Ingolf reluctantly handed to Malcolm two Gifts of Power and made him ruler of the world. But can Malcolm cope with the responsibility? In Ye Gods!, being a hero bothers Jason Derry. It’s easy to get maladjusted when your mom’s a suburban housewife and your dad’s the Supreme Being. It can be a real drag slaying monsters and retrieving golden fleeces from fire-spitting dragons, and then having to tidy your room before you can watch Star Trek. But it’s not the relentless tedium of imperishable glory that finally brings Jason to the end of his rope; it’s something so funny that it’s got to be taken seriously. Deadly seriously.