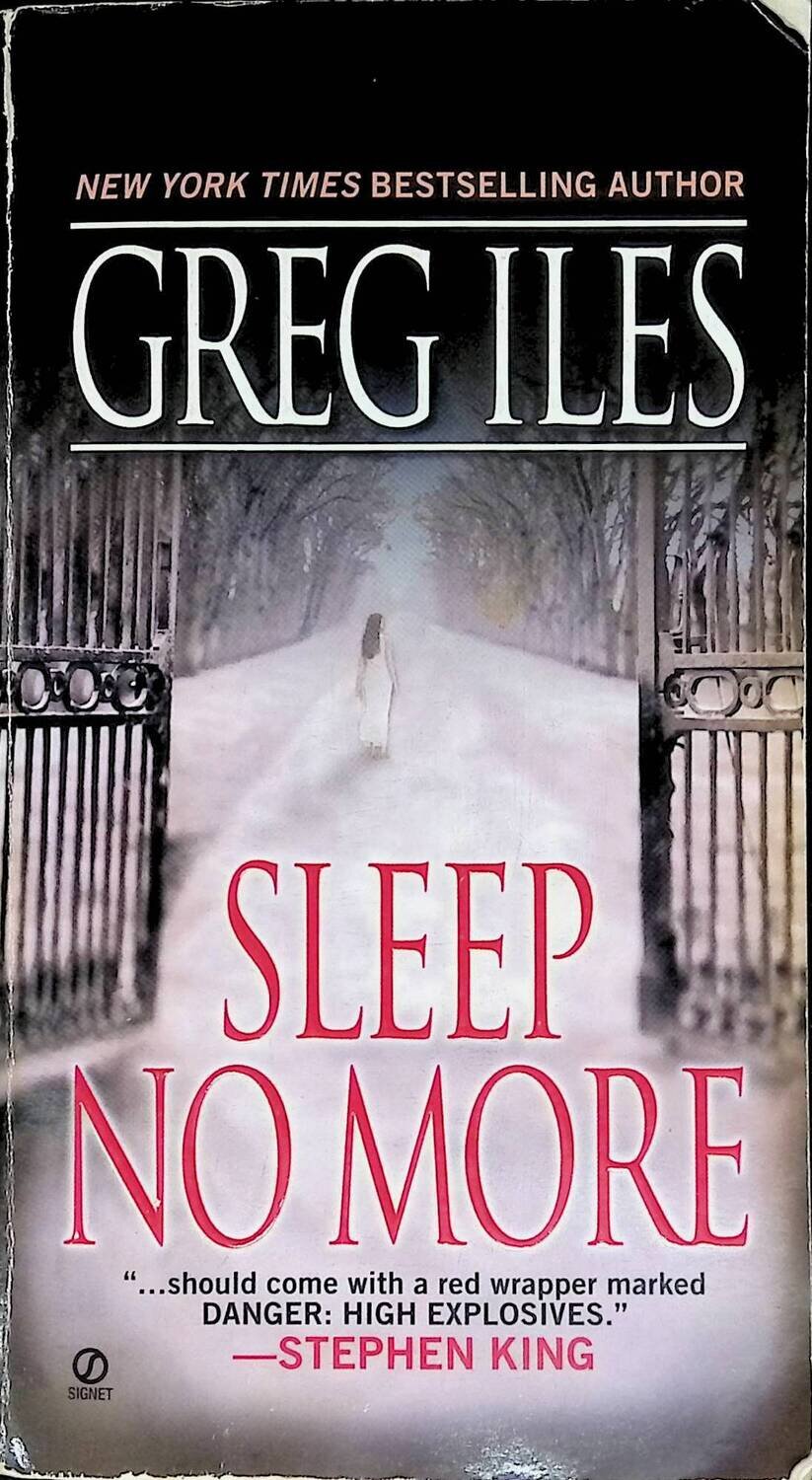 “Sleep No More is that rarity, a thriller that really thrills.”—Stephen King. “Completely engaging...irresistible pass-the-popcorn fun…a spirited chiller.”—People. “Reads like a revved up go-cart, with surprises at every curve. Erotic, shocking, pulse racing and a whole lot of white-knuckled fun.”—Clarion-Ledger. “Iles presents whodunits that are a cut above…His characters have some dimension. You usually can’t see his plot twists coming.”—Fort Worth Star Telegram. “A broody, moody writer whose books have the twitchy languidness of Tennessee Williams combined with the suspense of Alfred Hitchcock...a dazzling combination of guilt, obsessions and suspicion.”—St. Petersburg Times. “This is exactly the sort of action at which Iles is best: the cornered family man, trying to do right by his people, facing extraordinary problems with heroic effort.”—The New Orleans Times-Picayune. “It takes an exceptional writer to make a story about soul transfer believable. Iles, who has wowed critics with his six previous thrillers, not only makes the incredible seem logical but also engages the reader completely in the hopes and doubts of his protagonist…Iles is masterful at sustaining psychological suspense...An irresistible page-turner.”—Booklist. “Fans will certainly enjoy the way he once again brings to piquant life his home turf Natchez and the Mississippi Delta.”—Publishers Weekly. “With this new novel, Iles has once again proven himself master of the suspense genre…he has crafted a compelling psychological thriller.”—Library Journal. About the Author: Greg Iles is the #1 New York Times bestselling author of the Penn Cage series. His novels have been made into films, translated into more than twenty languages, and published in more than thirty-five countries worldwide.