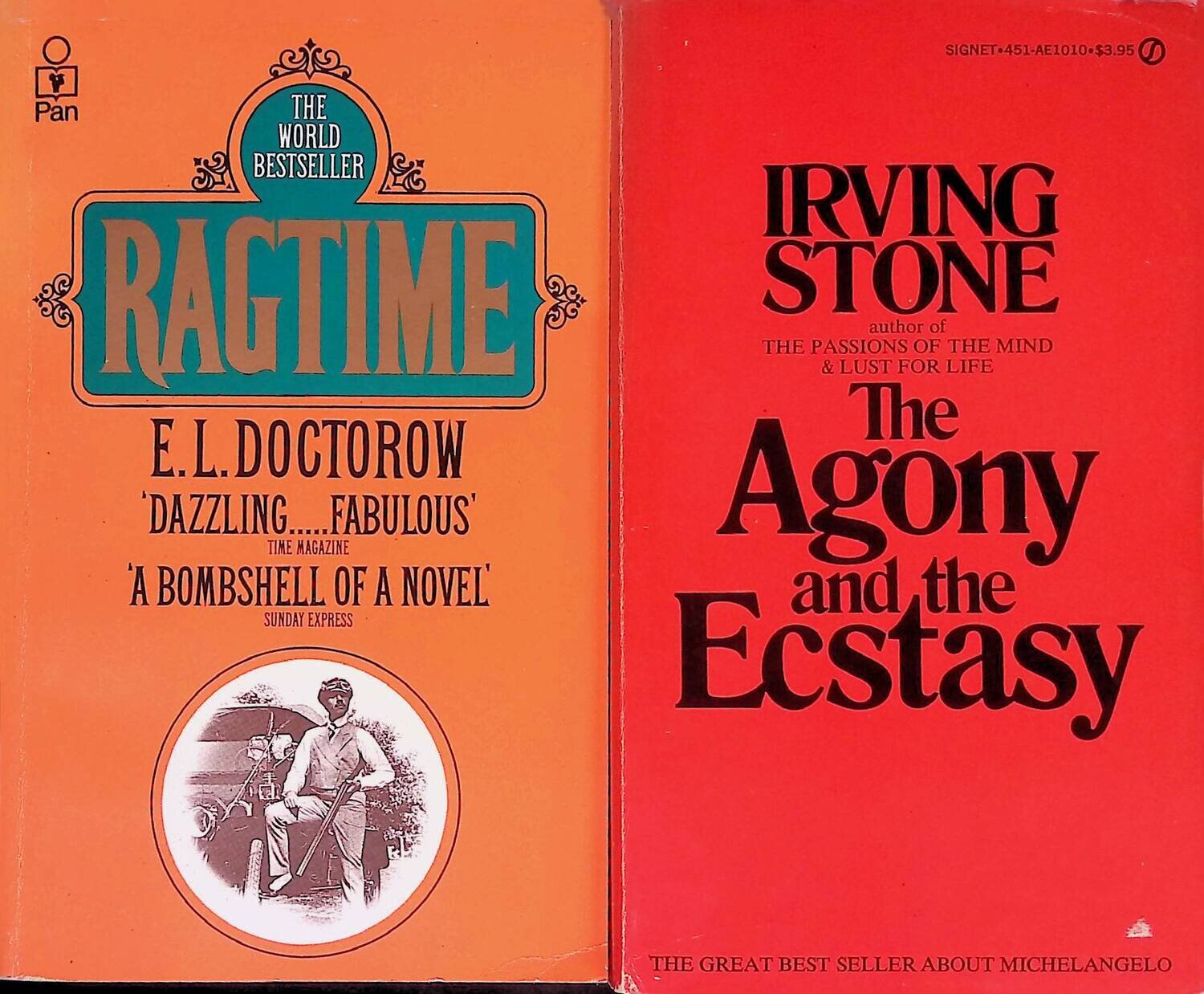 Ragtime: The novel is unusual for the irreverent way that historical figures and fictional characters are woven into the narrative, making for surprising connections and linking different events and trains of thought about fame and success, on the one hand, and poverty and racism on the other. Harry Houdini plays a prominent yet incidental part, reflecting on success and mortality. Arch-capitalist financier J.P.Morgan, pursuing his complex delusions of grandeur, is delivered a plainly spoken comeuppance from down-to-earth Henry Ford. Socialite Evelyn Nesbit becomes involved with the slum family and is aided by the anarchist agitator Emma Goldman. The black moderate politician Booker T.Washington tries to negotiate with Coalhouse Walker, without success.

The Agony and the Ecstasy: A biographical novel of Michelangelo written by American author Irving Stone. Stone lived in Italy for years visiting many of the locations in Rome and Florence, worked in marble quarries, and apprenticed himself to a marble sculptor. A primary source for the novel is Michelangelo's correspondence, all 495 letters of which Stone had translated from Italian by Charles Speroni and published in 1962 as I, Michelangelo, Sculptor. Stone also collaborated with Canadian sculptor Stanley Lewis, who researched Michelangelo's carving technique and tools.[1] The Italian government lauded Stone with several honorary awards for his cultural achievements highlighting Italian history. Stone wrote a number of biographical novels, but this one and Lust for Life are his best known, in large part because both had major Hollywood film adaptations. Part of the 1961 novel was adapted to film in The Agony and the Ecstasy (1965), starring Charlton Heston as Michelangelo and Rex Harrison as Pope Julius II.