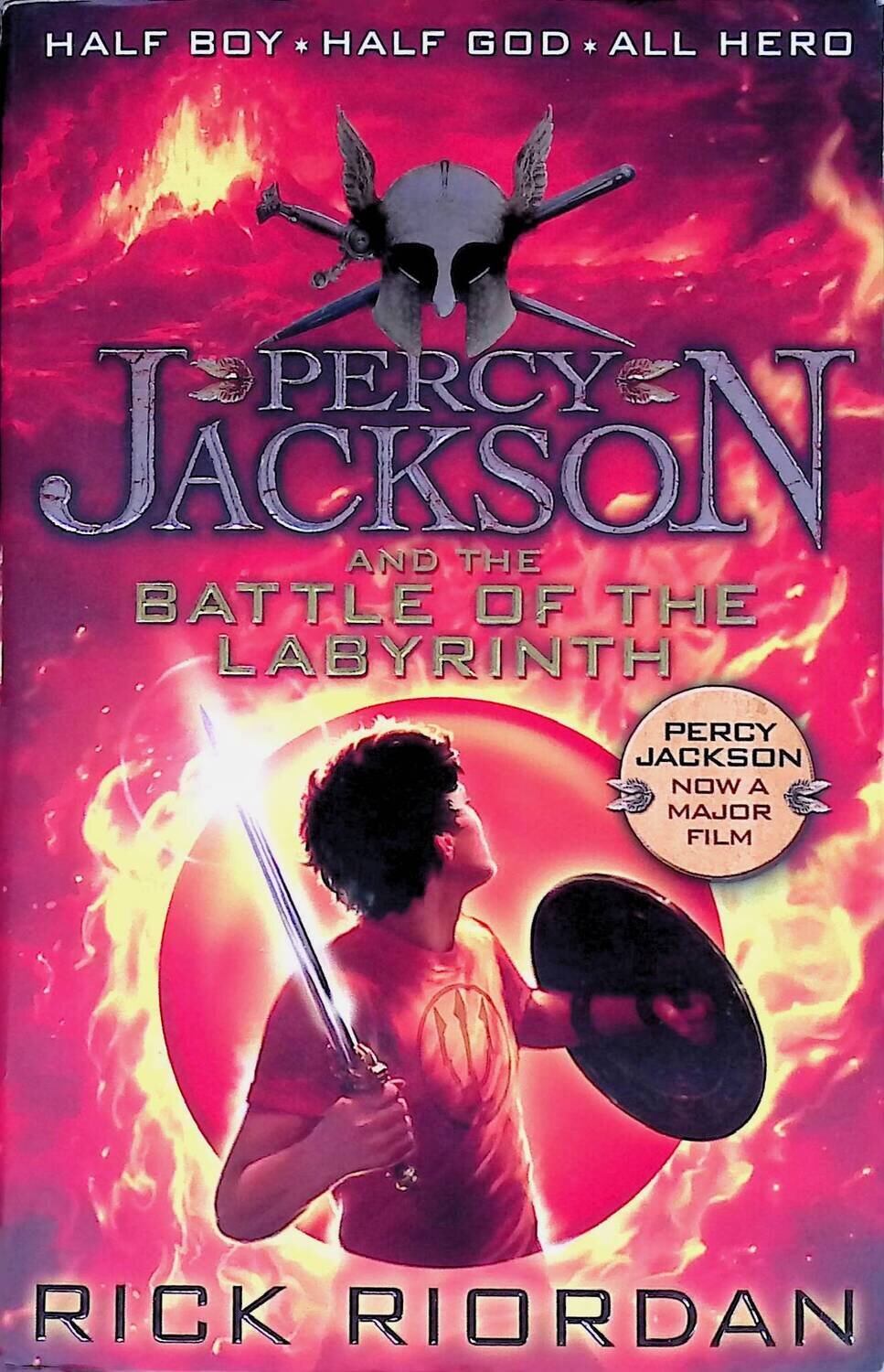 Percy Jackson and the Battle of the Labyrinth; Riordan Rick

Percy Jackson and The Battle of the Labyrinth is the fourth exciting adventure in Rick Riordan's bestselling series. Now with a thrilling new cover look. Half Boy. Half God. All Hero. Honestly, blowing up another school was the last thing I wanted to do. As the son of a Greek God, I've had my share of near-death disaster - and now my arch enemy Luke wants to invade our camp via an ancient labyrinth. If he succeeds, thousands of bloodthirsty monsters will attack. So it's goodbye sunshine, hello darkness as four of us descend into the terrifying underground and beyond...Rick Riordan is the Mythmaster. The Greek Gods are alive and kicking.