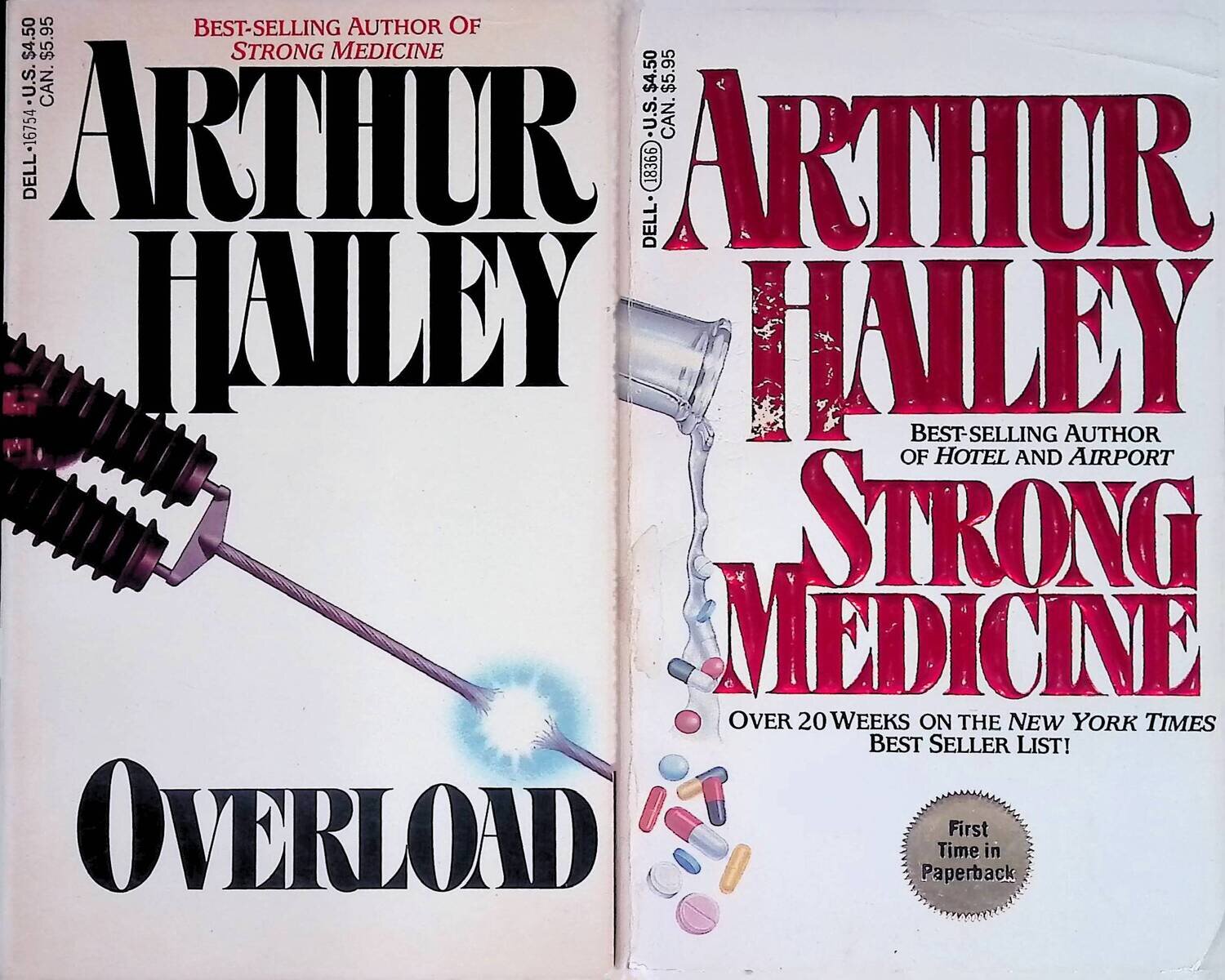 Overload: In the middle of a sweltering July heat wave that has no end in sight, California’s Golden State Power and Light is on overload. An emergency brownout is already in effect. Then, GSP&L’s newest and largest generator explodes. With four people dead and a widespread loss of power, a fringe group takes responsibility. But for GSP&L vice president Nim Goldman and his family; his adversary, investigative reporter Nancy Molineaux; detective Harry London; and beautiful quadriplegic Karen Sloan, whose every breath depends on electric power, the terror is just beginning...

A dramatic and timely story of the people and the events leading to a crisis, Overload presents a fascinating view of the little-known world of electric power production that is vital to contemporary life.

Strong medicine: Hidden addictions, treacherous politics, and deadly danger hide behind the locked doors of the drug industry. On the horizon is a new miracle drug designed to treat a deadly disease, but may instead deliver a nightmare. Billions are at stake and men and women, and companies, will lie, cheat, or even kill to get their share.