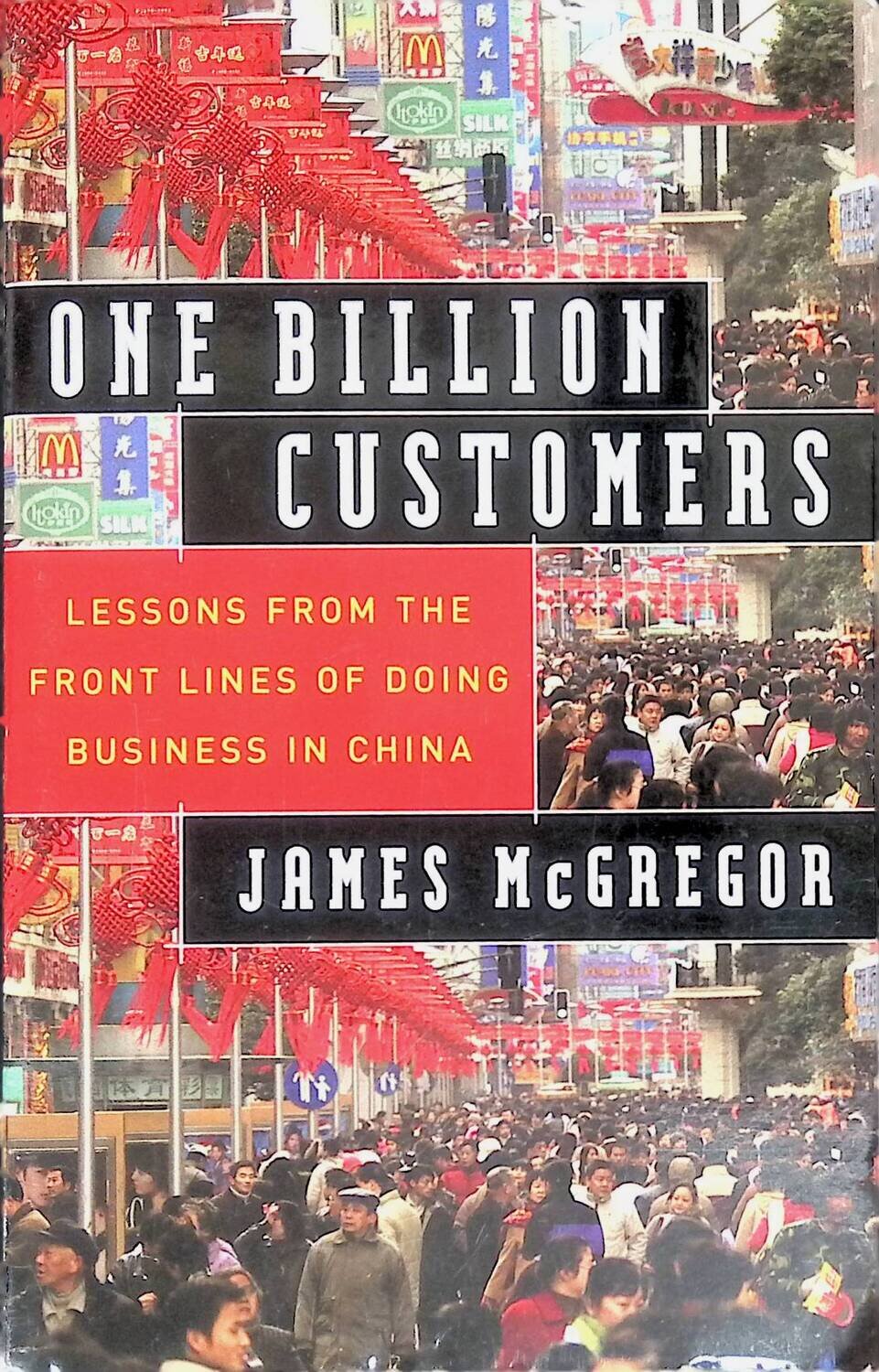 It is well known that with a population of 1.3 billion people, China's market is moving quickly toward surpassing those of North America and Europe combined. Companies from the United States and around the globe are flocking there to buy, sell, manufature, and create new products. But as former Wall Street Journal China bureau chief turned successful corporate executive James McGregor explains, business in China is conducted with a lot of subterfuge - nothing is as it seems and nothing about ding business in China is easy. Destined to become the bible for business people in China, One Billion Customers shows how to navigate the often treacherous waters of Chinese deal-making.

Brilliantly written by an author who has lived in China fornearly two decades, the book reveals indispensable, street-smart strategies, tactics, and lessons for succeeding in the world's fastest growing consumer market. Foreign companies rightly fear that Chinese partners, customers, or suppliers will steal ther technology or trade secrets or simply pick their pockets. Testy relations between China's Communist leaders and the United States and other democracies can trap foreign companies in a political crossfire. McGregor has seen or experienced it all, and nowhe shares his insights into how China really works.

One Billion Customers maximizes the expansive knowledge of a respected journalist, well-known businessman, and ultimate China insider, offering compelling narratives of personalities, busness deals, and lessons learned - from Morgan Stanley's creation of a joint-venture Chinese investment bank to the pleasure dome of a smuggler whose $6 billion operation demonstrates how corruption greases the wheels of Chinese commerce. With nearly 100 trategies for conducting business in China, this unprecedented account combines practical lessons with the story of China's remarkable rise to power.