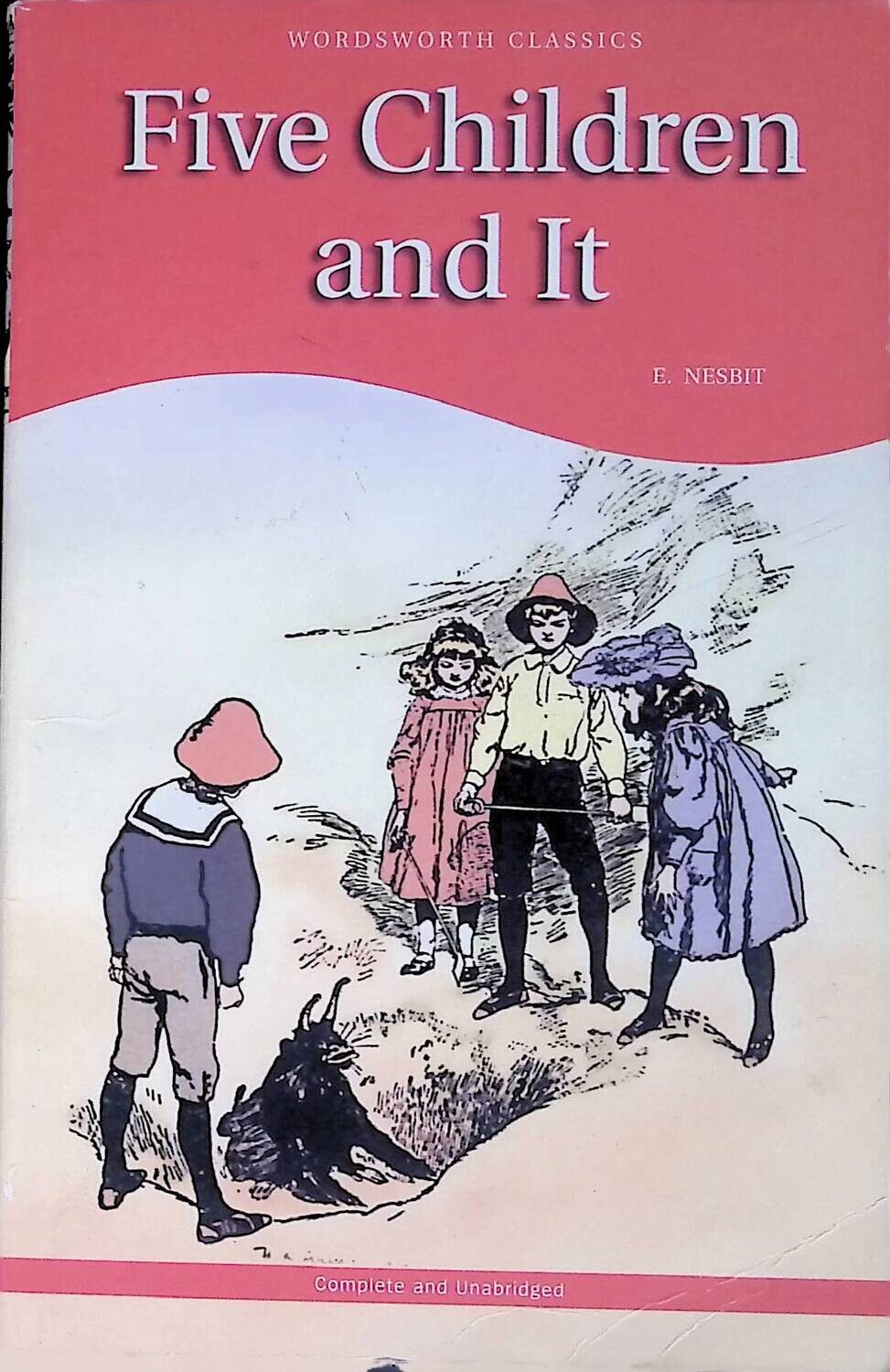 Five Children and It; Nesbit Edith

Its eyes were on long horns like a snail's eyes... it had ears like a bat's ears, and its tubby body was shaped like a spider's and covered with thick, soft fur... and it had hands and feet like a monkey's. 'It' was the Psammead, the grumpy sand-fairy that could, if in the mood, grant a wish a day. When the five children befriend him they find that each wish granted often has a sting in its tail. Golden guineas are too difficult to spend, wings let them down in a most inconvenient way, and when they wish for Red Indians, the children forget that they can sometimes be a little warlike.