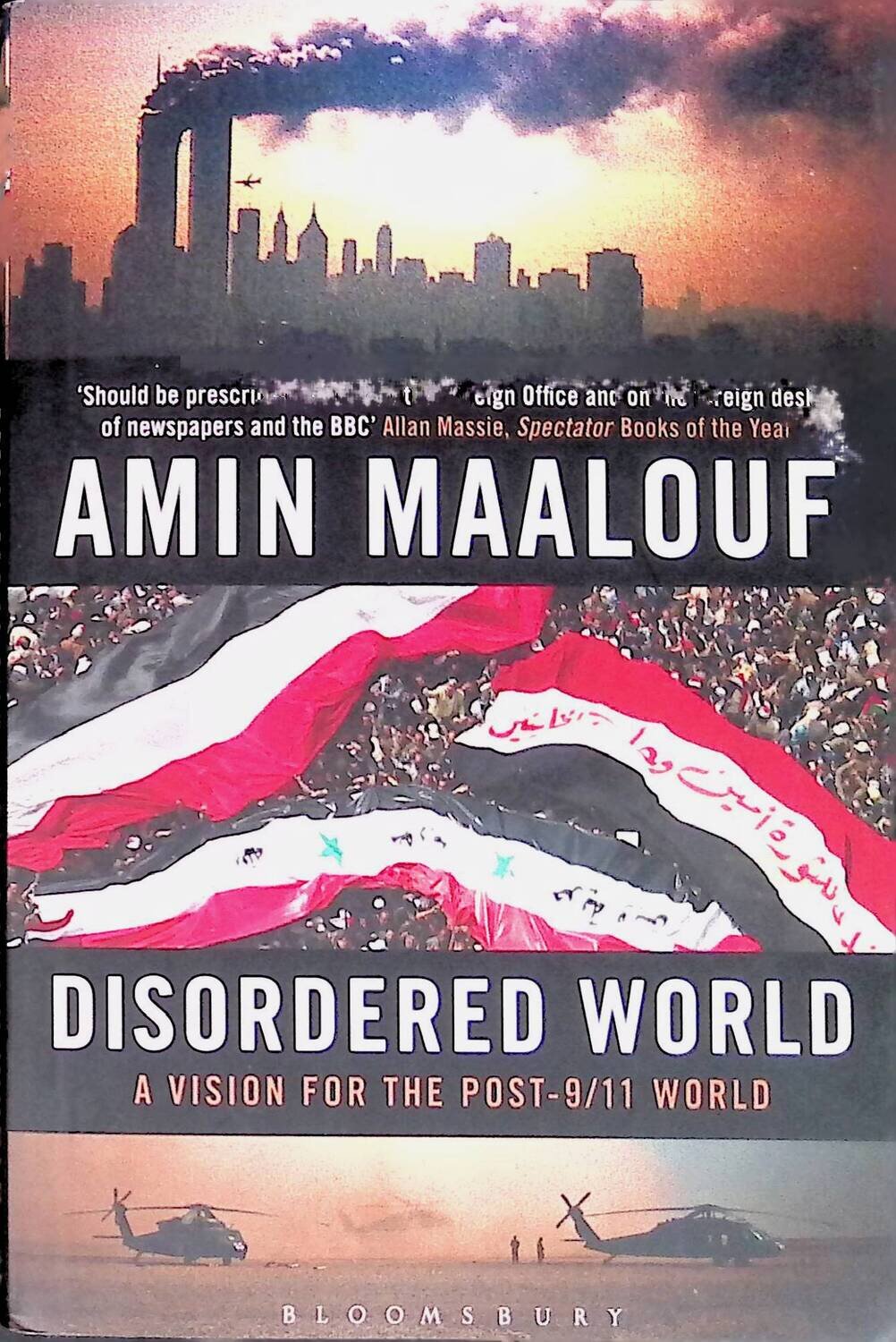 Disordered World : A Vision for the Post-9/11 World; Amin Maalouf

Should be prescribed reading in the Foreign Office and on the foreign desk of newspapers and the BBC' ALLAN MASSIE 'Perfectly placed and wonderfully qualified to shed light on the pervasive sense that there is a cataclysmic battle in progress between civilisations and systems of belief' OBSERVER. In this brilliant exploration of the post-9/11 world, leading Lebanese novelist and intellectual Amin Maalouf sets out to understand the urgent challenges the world faces today. Instead of seeing the current disorder of the post-9/11 world as a 'clash of civilisations', Maalouf sees it as the 'exhaustion of two civilisations', a period in which humanity has reached its threshold of 'moral incompetence'. Disordered World is a plea by one of the major writers of our time for intelligence, tolerance and a sense of urgency in order that we develop a mature vision of our patrimony, our beliefs, our differences and the future of the planet which is our common home.