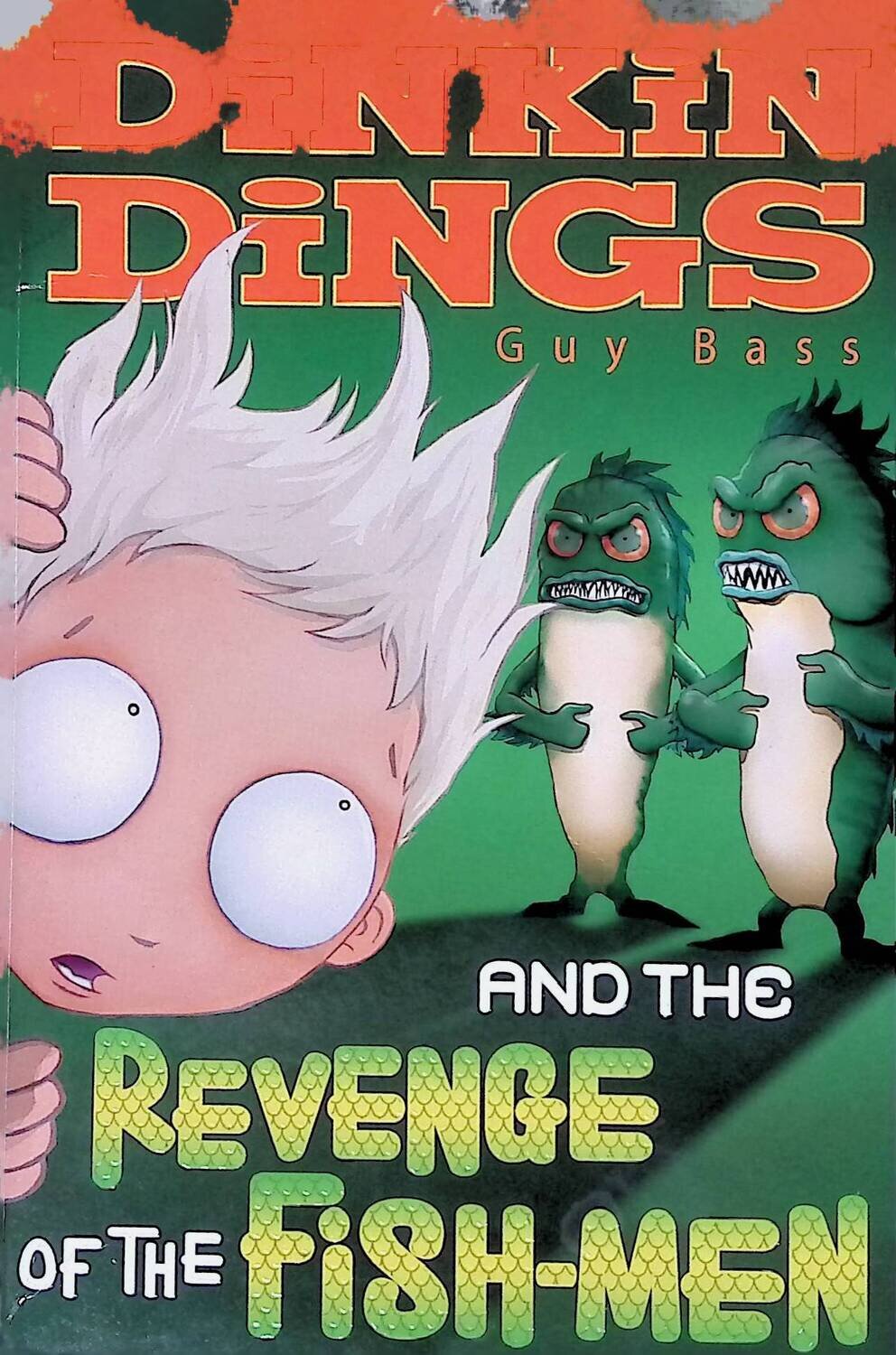 Dinkin Dings and the Revenge of the Fish-Men; Bass Guy

Dinkin Dings is afraid of everything - not just scary things, like being stuck in a lift with a hungry jaguar, but pretty much totally everything (apart from the monsters under his bed)!Dinkin can't believe it when he mistakenly eats fishfingers for dinner - they're the fingers of Fish-Men and the scariest food ever! Dinkin knows that the Fish-Men are plotting their revenge on everyone who eats their fingers and it won't be long before they come after him... but no one believes him...!