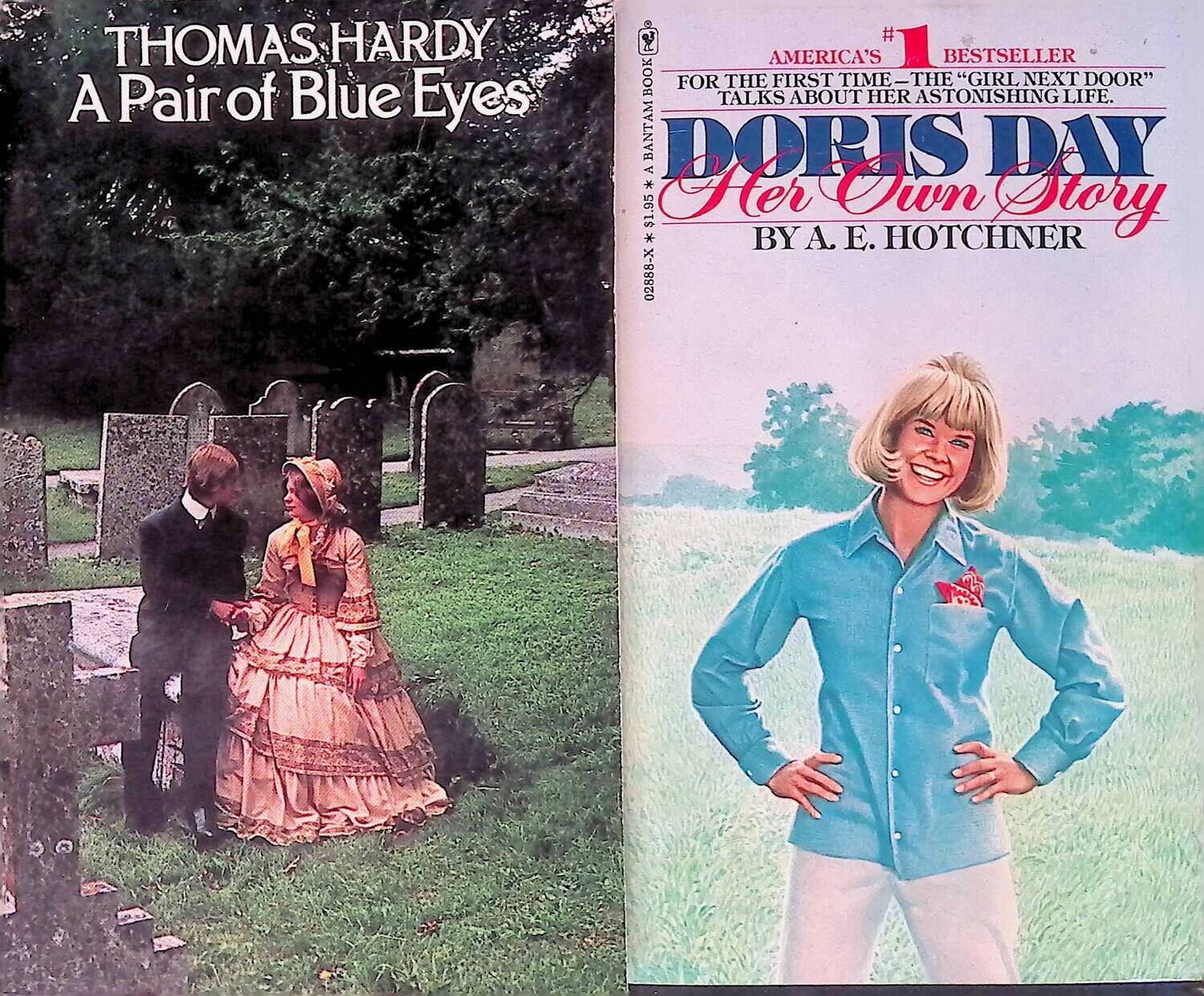 A Pair of Blue Eyes: The book describes the love triangle of a young woman, Elfride Swancourt, and her two suitors from very different backgrounds. Stephen Smith is a socially inferior but ambitious young man who adores her and with whom she shares a country background. Henry Knight is the respectable, established, older man who represents London society. Although the two are friends, Knight is not aware of Smith's previous liaison with Elfride. Elfride finds herself caught in a battle between her heart, her mind and the expectations of those around her – her parents and society.

Doris Day: Her Own Story: Biography of Doris Day with 36 pages of photographs and filmography. This unusual collaboration in the form of an autobiography brings together a highly skilled professional writer and the film superstar who never enjoyed being thought of as Miss Goody Two-shoes. For the first time, Doris Day tells the story behind the headlines of her private life- three marriages, real and rumored affairs, and professional triumphs countered by personal tragedies. At thirteen Doris was in a car hit by a train, and for a while she expected to be crippled for life. At sixteen she was earning her living on the road signing with bands. At seventeen she married a man who turned out to be a psychopathic sadist. She talks of many other things she never told anyone before, and her book is as compelling as it is honest. Mr. Hotchner, the author of Papa Hemingway: A Personal Memoir, has enriched her story with candid interviews with her son, Terry Melcher; her mother, her friends, and many of the people she has worked with including Bob Hope, James Garner, and Jack Lemmon. In this perceptive book, "the girl next door" turns out to be an inspiring woman of unique courage and strength.